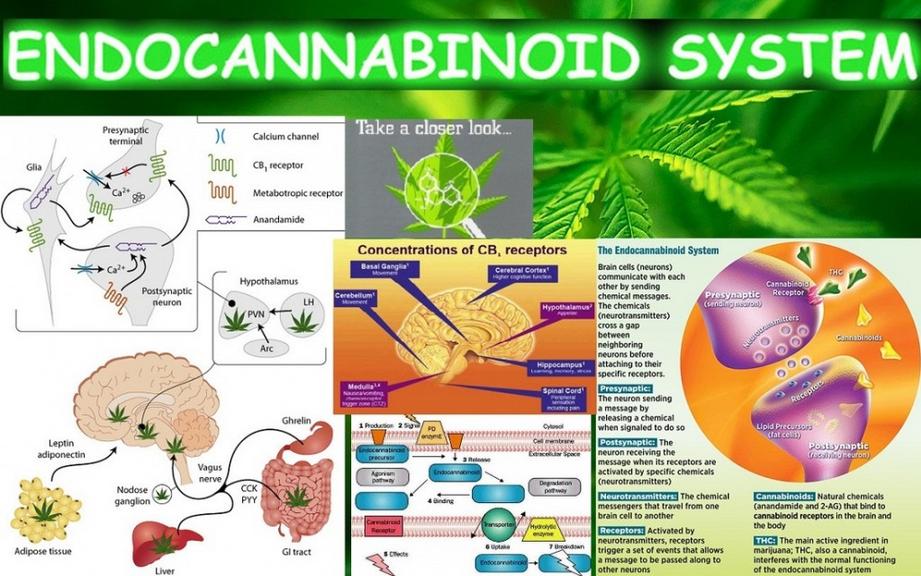 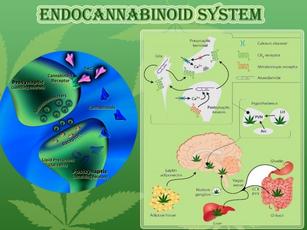 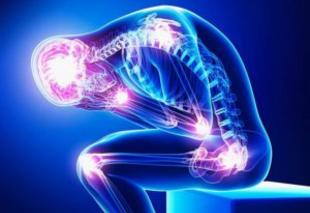 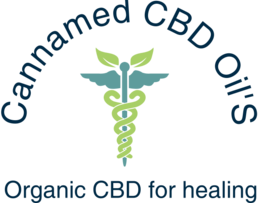 As we know, endocannabinoids are naturally produced within the body and play a major role in overall health. Similarly, medical marijuana and phytocannabinoids derived from cannabis have exhibited a number of therapeutic benefits.

The list of conditions tied to cannabis is wide-ranging and steadily growing. Whether cannabinoids are providing relief from migraines, fibromyalgia, or irritable bowel syndrome (IBS), the mechanism involved is largely the same; success is often attributed to activation of the body’s cannabinoid receptors.


Striking similarities between a wide variety of conditions, each shown to respond well to cannabinoid treatments, brings about an interesting question. Is it possible that a “cannabinoid deficiency” could be the underlying cause of these ailments? A number of researchers believe that just may be the case.

Dr. Ethan Russo is the Senior Medical Advisor at GW Pharmaceuticals, the company responsible for Sativex and Epidiolex. One of his most notable contributions to the cannabis knowledge bank can be found in his study “Taming THC,” in which he discussed the synergistic effectof terpenes in cannabis.

“Deficient cannabinoid levels may be the underlying cause of numerous conditions alleviated by cannabis.”– Ethan Russo

In 2004, however, Dr. Russo proposed the idea of clinical endocannabinoid deficiency (CECD) in a study published in Neuro endocrinologyletters. Hesuggested that deficient cannabinoid levels may be the underlying cause of numerous conditions alleviated by cannabis.

“Migraine, fibromyalgia, IBS and related conditions display common clinical, biochemical and pathophysiological patterns that suggest an underlying clinical endocannabinoid deficiency that may be suitably treated with cannabinoid medicines,” he explained.

Similarly, Dr. Robert Melamede, former Biology Department chair and current Professor at the University of Colorado – Colorado Springs, holds the belief that endocannabinoids can inhibit the aging process. Furthermore, he speculates that cannabinoids are essential nutrients with the ability to minimize age-related illnesses like cancer and cardiovascular disease.

Dr. Melamede explains that his experience investigating the biology of radiation therapy and DNA repair, in addition to his personal cannabis use, gave him a unique perspective on the plant. It is becoming increasingly accepted that free radicals are responsible for aging and age-related illness. Specifically, they have been tied to cardiovascular disease, autoimmune disorders, cancer, age-related cognitive dysfunction, and skeletal diseases like osteoporosis.

According to Dr. Melamede, age-related illnesses are simply the result of inflammation-induced free radicals. As he explains in the Americans for Safe Access (ASA) testimonial below, inflammatory conditions accumulate over time until “the weakest link” breaks. Of course, that link varies from person to person, which would explain why a cannabinoid deficiency may present itself in a variety of ways.

Nonetheless, supplementing the body’s cannabinoid supply could be of equal benefit for each deficiency-related condition. Essential fatty acids like Omega-3 have received a great deal of media attention in recent years for their cardiovascular benefits. However, Dr. Melamede points out that they directly effect the endocannabinoid system, a fact that few people are aware of.

“[Dr. Melamede] speculates that essential fatty acids from hemp oil would be more beneficial than Omega-3.”

With that said, he speculates that essential fatty acids from hemp oil would be even more beneficial than Omega-3. It would be possible to use veganicgrowingtechniques, whereas fish-derived Omega-3 could contain mercury.

Of course, one’s diet will have a limited effect on endocannabinoid production, which is why Dr. Melamede believes cannabis should be used as a supplement. According to him, the extended life expectancy of humans, compared to historical averages, has landed age-related illness among the most common causes of death today.

“Nobody dies from getting old,” he explained. “People die from age-related illnesses.”

As Dr. Melamede recalled during his American’s for Safe Access testimonial, a similar situation occurred before antibiotics were invented when infectious disease was responsible for a number of deaths. Needless to say, people with access to adequate healthcare no longer die from infectious disease. Accordingly, he feels that we must adapt as humans to counter the detriments of unnecessary inflammatory action, and through the endocannabinoid system cancer .

WHAT IS THE ENDOCANNABINOID SYSTEM AND HOW DOES IT WORK?


Scientist first discovered the endocannabinoid system while trying to understand the effects of cannabis in humans. While much remains unknown about this system, what is well known is that our body is full of cannabinoid receptors and produces corresponding molecules which cause the physical and psychological effects of cannabis in our bodies. Ever wondered what makes cannabis so effective for your body? Well, it is precisely this system!

Since its discovery, the endocannabinoid system has become a prime target of medical research due to its vast effects and therapeutic potential on the human body.

WHAT IS THE ENDOCANNABINOID SYSTEM?

The term "endo" is short for endogenous, meaning originating or produced within an organism, tissue or cell. Cannabinoid refers to the group of compounds that activate this particular system.

Imagine cell receptors in the body as a set of locks, each with a set of corresponding keys: chemical molecules called "agonists". Each time an agonist is bound to a cell receptor it relays a message, giving the cell an instruction. The Endocannabinoid System (ECS) is made up of two primary cell receptors. CB1 and CB2. The agonists or keys for these receptors are cannabinoids that are produced by the body, as well as cannabinoids that come from outside the body such as from cannabis.

Cannabinoids are the body’s natural chemical messenger. While there are many, they all fall into two categories. "Endogenous" and "Exogenous".

Receptors that are found throughout the human body, but mostly exist in the brain and spinal cord. They are concentrated in areas which are associated with the behaviours they impact, such as in the hypothalamus; which is involved in appetite regulation, and the amygdala; which plays a role in memory and emotional processing. They are also found in nerve endings where they can act to reduce the feeling of pain.

Typically concentrated in immune cells and the peripheral nervous system. When activated, they work to reduce inflammation as an immune response which is largely believed to play a role in the body's immune response to diseases and certain medical conditions.

Cannabinoids produced naturally by the human body are called endocannabinoids. They are created within the body fatty acids such as omega-3. The two major ones that are well understood today are:

Anandamide: The first endocannabinoid discovered by scientists. Its name comes from the Sanskrit word "ananda" meaning bliss. It is found at higher concentrations around areas of the body away from the brain.
2-AG (2-aeachidonoyl glycerol): Highest concentrations exist in the brain.

These endocannabinoids are called "short-order" neurotransmitters, which means they are only synthesized when the body signals that they are required. They are swiftly broken down by enzymes such as FAAH (fatty acid amide hydrolase) and MAGL (monoacylglycerol lipase) after their release.

There are many more endocannabinoids such as noladin ether, virodhamine, and N-arachidonoyl dopamine (NADA). However their role in the body has not yet been fully discovered.

Your body produces endocannabinoids in order to trigger essential bodily functions and patterns. Ethan Russo, a Senior adviser at GW Pharmaceuticals believes “deficient cannabinoid levels may be the underlying cause of numerous conditions.” This could quite possibly cause severe medical conditions relating to the endocannabinoid system such as chronic pain or fibromyalgia.

Contrasting with endocannabinoids; exogenous cannabinoids such as ones you take in from consuming cannabis enter the body and stay there for far longer periods of time.

This has the effect of activating the endocannabinoid system (ECS) to a greater extent, allowing it to work at a stronger and more productive rate than it usually would be.

Research shows that the cannabinoid THC binds to both receptors (CB1 and CB2) and has the effect of activating them in the same way an endocannabinoid would.

The effects of THC are commonly considered to be psychological, but the compound works far beyond getting you high and is proven to help with chronic pain, nausea, appetite, asthma and glaucoma. In addition, THC is proven to work against cancer and interestingly, it even has a symbiotic effect on the body when consumed with CBD.

CBD does not actually bind to any receptors but instead works by inhibiting the enzyme FAAH which prevents and slows down the breakdown of anandamide - possibly one the most crucial endocannabinoids in the body. The result is a build up of anandamide in the brain.

While we are well aware that THC has an obvious psychological effect on the mind, CBD is seen to act on a physiological level, and its medicinal benefits are only beginning to be discovered. But it is well known to aid in treating some serious medical conditions including inhibiting tumour growth, reducing or preventing inflammation and nausea, diabetes, PTSD, schizophrenia, rheumatoid arthritis, epilepsy, cardiovascular disease, antipsychotic, anti-anxiety and even as a painkiller against muscle spasms or neuropathic pain.

FUNCTIONS OF THE ENDOCANNABINOID SYSTEM

So how does this all work for us? Well the endocannabinoid system essentially regulates all of the basic functions and patterns our body has to deal with including:

Studies have shown higher levels of endocannabinoids in patients with disorders such as Parkinson's, arthritis and chronic pain. Similarly, high levels of cannabinoid receptors are found in tumour cells. This has given rise to the theory that the endocannabinoid system is nature's way of regulating homoeostasis: the ability to maintain stable internal equilibrium by adjusting physiological processes.See full article

The endocannabinoid system is rapidly becoming a great point of interest for scientists, medical professionals and researchers alike. It is a complex system which plays many vital roles in the human body.