A web on how to cure Cancer through the use of marijuana oil.

Healer is an  educational site for medical cannabis

MARIJUANA AND HEMP CAN CURE THE WORLD.

The cannabist , resources and Culture

​Medical Jane Medical Jane is on a mission to provide free educational resources to medical marijuana patients and caregivers looking to learn more about the cannabis plant.

For patients and even for physicians, it is always comes to an issue when it’s time to deal with how to dose CBD and how to begin with a correct dosing in relation with our condition. Here a few tips to help you through and make it not so confusing .

The Potlander  Willamette, all things marijuana related, Food,Art,Music and News 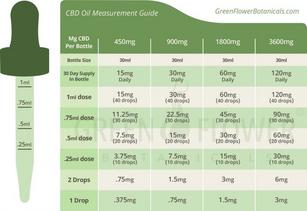 ​​​Switching from smoking to vaping decreases carcinogens by almost 98%.

• Hemp does not require herbicides or pesticides.

• Hemp can be grown in a wide range of latitudes and altitudes.

• Hemp replenishes soil with nutrients and nitrogen, making it an excellent rotational crop.

• Hemp controls erosion of the topsoil.

• Hemp produces more oil than any other crop, which can be used for food, fuel, lubricants, soaps, etc.

• Hemp nut is a very healthy food, being the highest protein crop (after soybean) and high in omega oils.

• Hemp can be used for making plastics, including car parts.

• Hemp can be used to make fiberboard.

• Hemp can be used to make paint.

• Hemp can produce bio-fuel and ethanol (better than corn).

• Hemp can be grown more than once per year.

NORML's mission is to move public opinion sufficiently to legalize the responsible use of marijuana by adults, and to serve as an advocate for consumers to assure they have access to high quality marijuana that is safe, convenient and affordable..

The researchers, from University College London, examined the school records of more than 6,000 children. Their analysis showed that children of medium academic ability at age 11 were more likely to go on to be either occasional or persistent users of cannabis than children of low academic ability. This was the case for both early adolescence (13 to 17 years of age) and in late adolescence (18 to 20 years of age).

For children with high academic ability at age 11, the results were less certain. Although they were more likely than the low ability children to use cannabis in early adolescence, the difference between the two groups was not statistically significant. In other words the association could have been down to chance. However, for the period between 18 and 20 years, the high ability group was significantly more likely to be either occasional or persistent users of cannabis than the low ability group.

Previous research has found a clear link between academic ability and intelligence, so the evidence suggests that smarter kids are more likely to smoke cannabis than their less gifted peers. The big question is: why?

The authors of the BMJ report agree that their findings do not clearly identify the reasons why there is a link between academic ability and cannabis use in adolescence. However, the results of this latest study indicate that we might learn more if we turn this question on its head. Why are children with a lower academic achievement at age 11 less likely to smoke cannabis in late adolescence?

This opens up a new range of possible explanations for this link. For example, is low academic ability related to a low awareness of the possibilities to explore new experiences and a lesser willingness to challenge the orthodox beliefs of society compared to children of medium and high ability? This is still speculation – but it does identify a new set of questions for further research.

Why do these findings matter?

Cannabis is the most popular prohibited drug in the UK. A 2016 Home Office survey reported that more than 1.8m people in England and Wales, aged between 16 to 24 years, had used cannabis at least once in their lives, although the figures for use in the past year (975,000) and the past month (476,000) were much smaller. Therefore, a significant minority of young people in the UK have used a drug which we now know to be associated with changes in the structure of the brain, with changes in the ways in which brain cells communicate with each other, and with poorer performance on some tests of mental abilities such as memory, among other problems.

If these new findings in the BMJ prompt us to think in a new way about the relationship between academic ability and cannabis use in adolescence, then they will have served a very important purpose. In science, as in life generally, identifying the most appropriate question is an important first step to finding the most useful answer.

This article was originally published on The Conversation. Read the original article.

​A holistic approach to Marijuana

How to take your CBD.

One good thing about CBD is that, to date, no one has reported that you can take too much , too much can make you drowsy but not do you any harm, as it is not a pharmaceutical ,it is like a food supplement If you’re taking glutamine or creatine to improve your health, how much is too much? Well, there’s really no reasonable amount that would be considered too much , and CBD is generally considered the same, as its classed as a food supplement. The best thing to do knowing this is that you are advised to start off with an amount you think is reasonable, knowing you can always increase or decrease until you find your particular perfect dose. So, HOW MUCH? Well, the range of milligrams of CBD for most is somewhere between 4 milligrams and 30 milligrams, per day. Right now thats the knowledge we have about this, lets have a look at some  , these are merely starting points, knowing full well that you can increase or decrease as needed. Let’s say you weigh 55 kilos and you have anxiety. So, your weight would be considered in the light to medium range and your condition would be considered to be in the light to medium range. So, you might start off taking between 4-10mg of CBD, per day. And, again, you can increase or decrease from there. One person that has a weight of 72 kilo and have chronic pain. They started off taking 15 mg of CBD per day, but increased to 20mg to find their relief. Someone else is almost 85 kilo and has cancer along with all the horrible side effects of medication be it chemo or meds. So, they are heavier and their condition is more severe. They take between 25-30mg of CBD per day depending on how they generally feel when waking up. (note: There is one person we’ve heard from who has to take 45mg of CBD per day for their condition. While this is not common, it does occur.)  It is recommended that when first starting out, try taking 1 dose of your daily amount in the morning AND 1 dose in the evening; take it twice per day for the first 3-4 days to build it up in your system. Then, after these first few days, drop back to once per day. From this point forward, you should be able to tell if CBD will help you and if so, do you need to increase or decrease or, perhaps, double up with 2 doses a day, as some people do. For instance, a  person fighting cancer has to take CBD twice per day to stay ahead of the debilitating effects of the chemo, there is NO actual data on how much CBD you should take. But, its also pretty easy to listen to your body and how you feel and start trying to figure it out . Go slow and keep low and you shouldn't have any problems . So, hopefully  this helps you with your questions .

A complete site on how to eat healthy and live longer

O'Shaunessey's a Journal of Cannabis